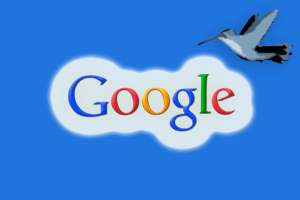 This is a simple explanation of Google’s recent Hummingbird algorithm update, and why they released it. Yes it’s a huge update, but not a complicated one to understand. The good news is that it benefits everyone. The bad news is that any kind of change requires time spent educating yourself. However, after learning exactly what Hummingbird does and why it does it, I am more relieved than worried about any negative side-effects.

As Google evolves so should your SEO strategy.  If you’re an SEO expert or website owner, take some mental notes while you read this article, and think how you should adjust your SEO strategy for Google’s Hummingbird update.

1. When did Hummingbird roll out?

It was officially announced on Google’s 15th birthday, September 27, 2013. However, some reports indicate that Hummingbird may have been released around a month earlier.

2. What is Google Hummingbird?

3. Why did Google release the new Hummingbird algorithm? 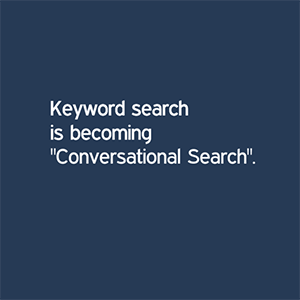 Because the way people search Google is evolving and changing. Keyword search is becoming “Conversational Search”. People’s search queries are getting longer and more complicated, thus more informative to Google. For example, in the past a person was more likely to search for “Chicago Mexican food”, where as now, that same person is more likely to search Google for “Find a Chicago Mexican restaurant”. The new Hummingbird algorithm allows Google to better understand longer search queries and intent by taking words like “find” into consideration.

4. Why are they calling it “Hummingbird”?

The answer to this question isn’t just a a fun fact. Hopefully it will give you a better understanding of the new algorithm. The words “precise and fast” were used by Google, but let’s look at some other facts about the actual Hummingbird.

5. Why are search queries getting longer?

1. Voice search
Why type your search when you can speak your search? Voice search is vey common on mobile devices and becoming more common on desktop computers and laptops. This results in more conversational searches rather than keyword searches.

According to comScore, mobile searches in the U.S. went from from 90.1 million to 113.1 million between March of 2012 and December of 2012. That’s a 26% increase. With mobile technology growing as fast as it is, people are using technology like Siri and Google Voice Search to speak their searches rather than physically typing them. Therefore more keywords are being used to find information in Google. The new Hummingbird algorithm can better understand these longer search queries and therefore serve up better search results.

6. Will Hummingbird affect my rankings?

Yes it could; however, compared to previous updates, there has been little reported about wide spread losses in rankings. If you want to be sure, check your organic traffic from late August to early October of 2013. If you see any major dips, that could be a result of Hummingbird.

No. SEO will die when search engines die.

It’s impossible to fight the evolution of technology and human behavior. The new Hummingbird algorithm is better for everyone including Google, consumers, SEOs, and website owners. The only thing SEO companies have to fear is not understanding Hummingbird or other future updates. As I said earlier, SEO is not dying, but like everything else in our industry, it is evolving.